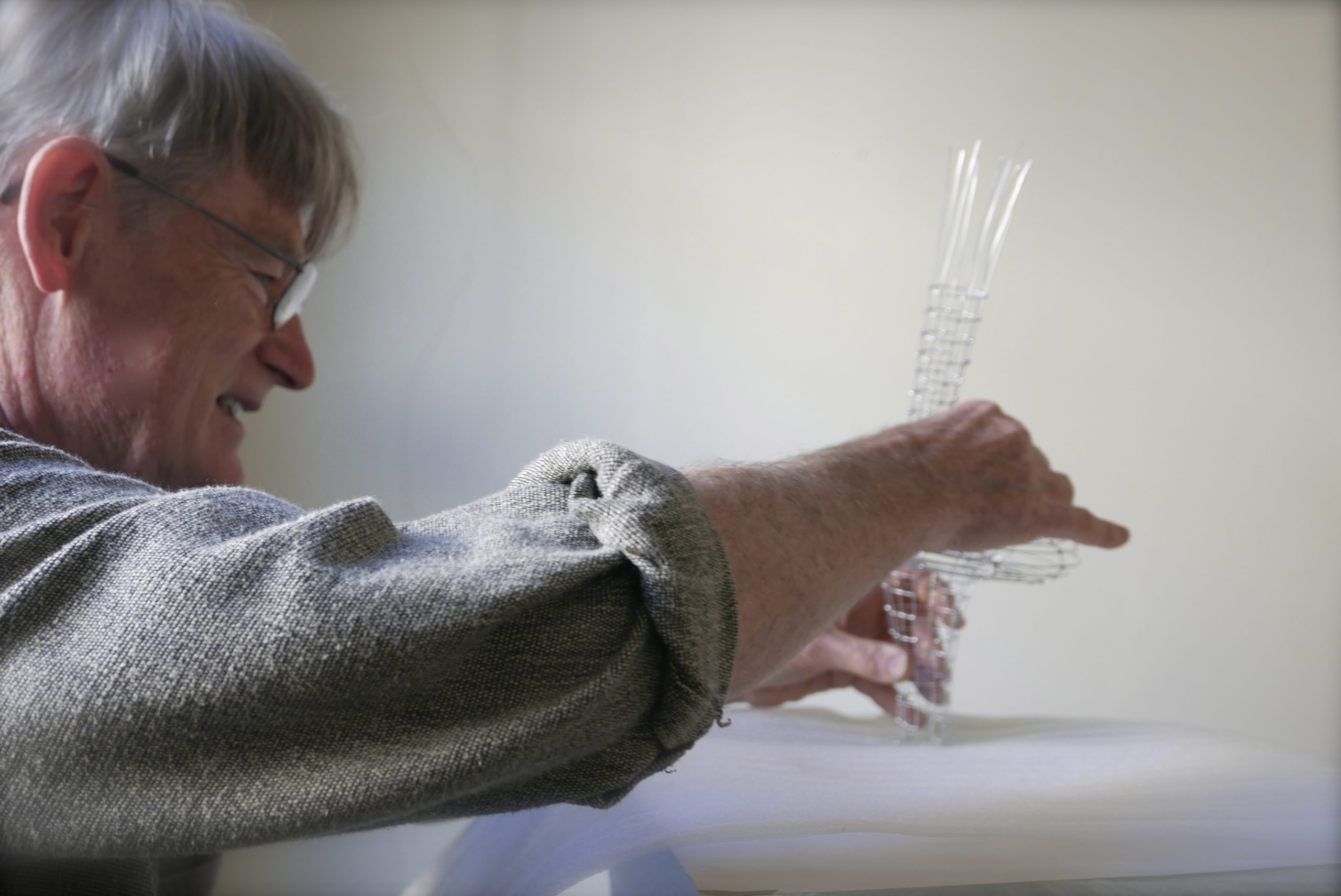 Although Taylor’s work is rooted in three-dimensional space, the optical effects he deploys somehow play with senses beyond the visual. His enigmatic works change in accordance with the position of the viewer, exploiting the possibilities of space to evoke, intrigue and obfuscate.

Neil Taylor has been exhibiting regularly in Australia and overseas for over forty years and is the recipient of a number of sculpture prizes. He has completed major commissions for Heide Museum of Modern Art, Melbourne; Mount Monument Wines, Macedon Ranges; and for the Melbourne Art Fair. Neil Taylor currently lives and works in Melbourne.

Neil Taylor spoke with gallery staff ahead of his exhibition sums done at Niagara Galleries from his studio in Melbourne.

When did you first begin working with wire and steel?
I first started when I was teaching at Junior Tech schools back in the ‘60s. I used to use wire to make frameworks to drape papier mache over and I really liked the structural possibilities of it. And of course the kids would make these things with just wire, these outrageous shapes and things and so I started doing a little bit of it myself.

So it started more as a framework and then developed into the final work?
Yes, at that stage I was doing a lot of papier mache, but eventually I just got more interested in the wire and got rid of the paper surface. I think at that stage I was sort of thinking of philosophical things, almost like life, all you see is the outside surface, everything was like theatrical sets, there is no substance behind it.

This idea that rather than carve a block of marble you could just make the outer surface like a theatre set was intriguing. So with no internals to it at all, which is interesting because now everything is internal, it’s gone in totally the opposite direction. It went from the outside eventually to the inner workings, the inner matrix of matter.

Revealing the structural elements?
Yes, almost, I’d like to say molecular, but the idea that there is potentially a structure to matter that can be all sorts of complexities, all sorts of permutations, variations.

You seem to describe several scales in the one work – exploiting the possibilities of scale. Would that be accurate?
Metaphorically? I do think sometimes like that it could be potentially some sort of bizarre internal structure to some material or something. I sometimes think of them as, like the name of the Heide piece, like a Theoretical matter. Theoretically what matter could be, if you looked at it closely, I mean it’s obviously not, but in my imagination, it probably runs that way.

Could you describe your process of coming to the three dimensional objects, from the initial shapes and angles?
Well they tend to come from previous works – mostly. I’ll be working on something and then they’ll be, some sort of other permutation will occur to me. They’re pretty monotonous things to do, time consuming, and then you sort of start drifting off, thinking of other possibilities that start to assert themselves and come to light. I think ‘what if I went back and changed that length, or changed that angle, or some sort of revision?’ so that tends to result in some sort of series but then at other times… I remember being impressed by an NGV show of 19th century lacework. So ideas can sort of come from totally left field or observation of shruberry or bushes, there are a lot of different ways that things can come through.

Once you have that inspiration for a new work, are you able to complete the piece you are currently working on?
I try to. More so now, I find that, because often the work is tedious, I get to the point where I’m sick of it and just put it aside, and start the new one. I sort of trust myself to come back and rework the old ones and usually do. There is a sort of evolutionary thing going on, if I don’t come back to it, perhaps it wasn’t interesting enough to be bothered with anyway. It is sort of like nature trying out different forms, some of them just don’t survive. Your own critical faculty eliminates them somewhere down the track. Sometimes they are so painstaking to do, you just can’t bear to come back to them.

How would you describe the interaction between organic and man-made in your work?
I suppose underpinning both is probably the geometric. When you get down to the molecular level, as we understand it, things are worked out on pretty immutable laws, but when you get to the organic, there’s greater complexity, more forces involved, more sophisticated level than the frame of a house, or the scaffold on a building, or something like that. I love things like scaffolds and cranes that have just got absolutely minimal structure, they are just dedicated to functional strength, the lightest possible means to get maximum strength and then you’ve got trees and shrubs that have this beautiful branching and multitudinous complexity that is also incredibly inspiring.

Even in the geometric ones. You can look at a piece from one angle and totally understand it, you say, ‘oh, yeah, that’s that geometric pattern’ and then you turn it 10 degrees and it’s absolute chaos, you cannot work out the order of it at all. You think, ‘is understanding really just where you stand? I mean, is it where you position yourself?’ You look at a complex problem from one angle and you can’t make any sense, but you shift three feet to the left or the right and things start to line up and you can see some sort of order. It becomes graspable.

So it is just a matter of point of view?
I suppose it’s that old idea of understanding, standing under something to get a perspective on what it is.

Would it be incorrect to use the term negative space when talking about your work?
I wonder if they are not all sort of positive spaces in a sense. I am probably more involved with the space, than the matter, the matter is there purely to frame the space in some ways. Whether it is a sort of mammalian prejudice that the object is the positive and the space is the negative.

So the work is a framework to show that space? Are the structure and spaces between to be viewed on an equal footing?
A play off between the two, I think, it is really hard to separate one out from the other.

What role does shadow play?
I tend to think the shadows confuse. There is sort of flattening. I do want the three-dimensional aspect to kick out and the work is totally dependent on that sort of parallax effect – that we’ve got two eyes and you do that rangefinder thing to establish depth and it’s the relative depth of the structure that gives that sense of being about to pass through it. It’s important with all sculpture I think, but particularly with these.

So the lighting is really important in your exhibitions?
I would prefer Supermarket light: a general, non-directional light. I don’t mind a soft indication of a background plane but I don’t want to totally confuse, or flatten the three-dimensions.

So three-dimensionality is really at the core of your work? I hope that we can share your exhibition sums done with people in person soon. 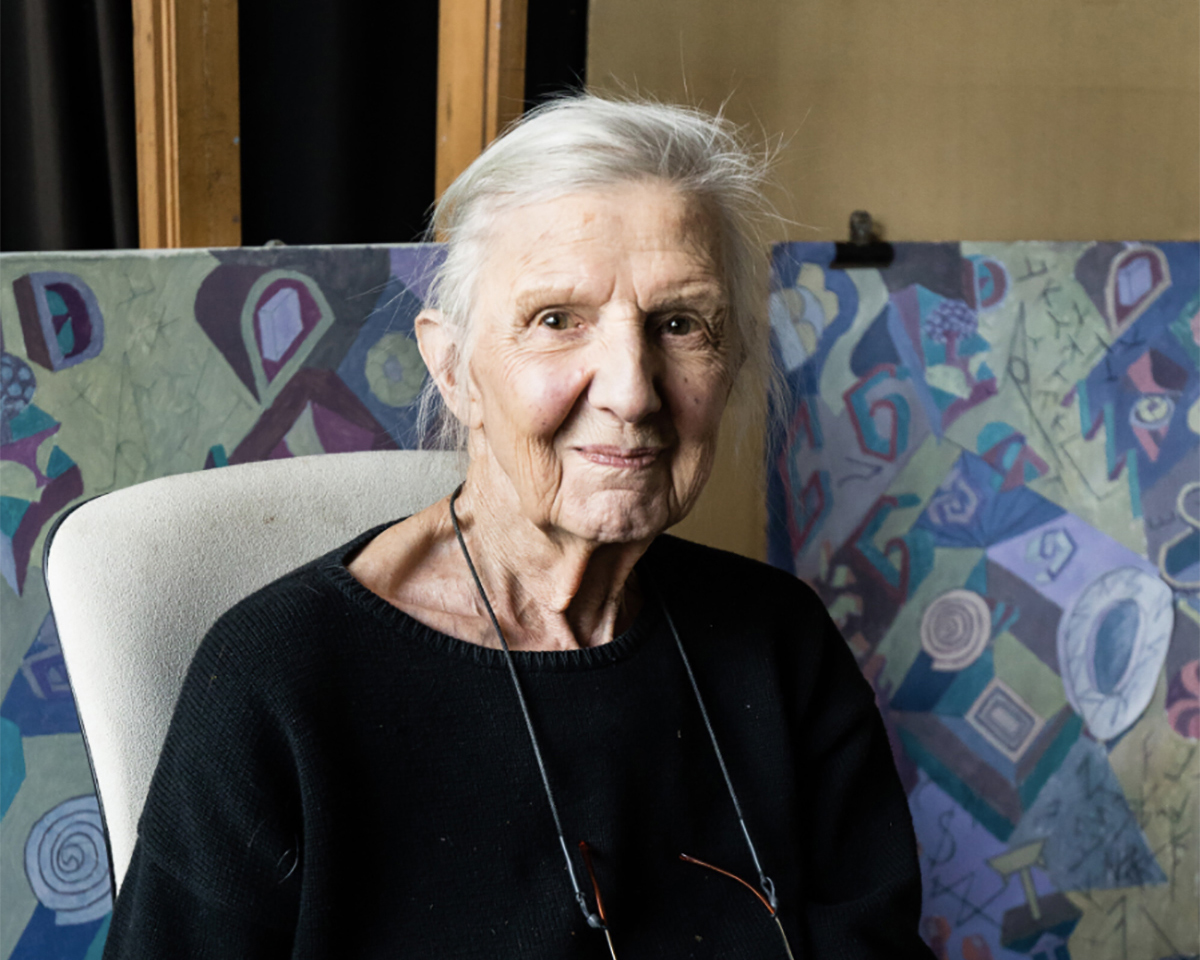 The quote above is taken from an interview with Helen Maudsley by Kelly Gellatly for her publishing platform Agency Untitled. Read the interview in full here. 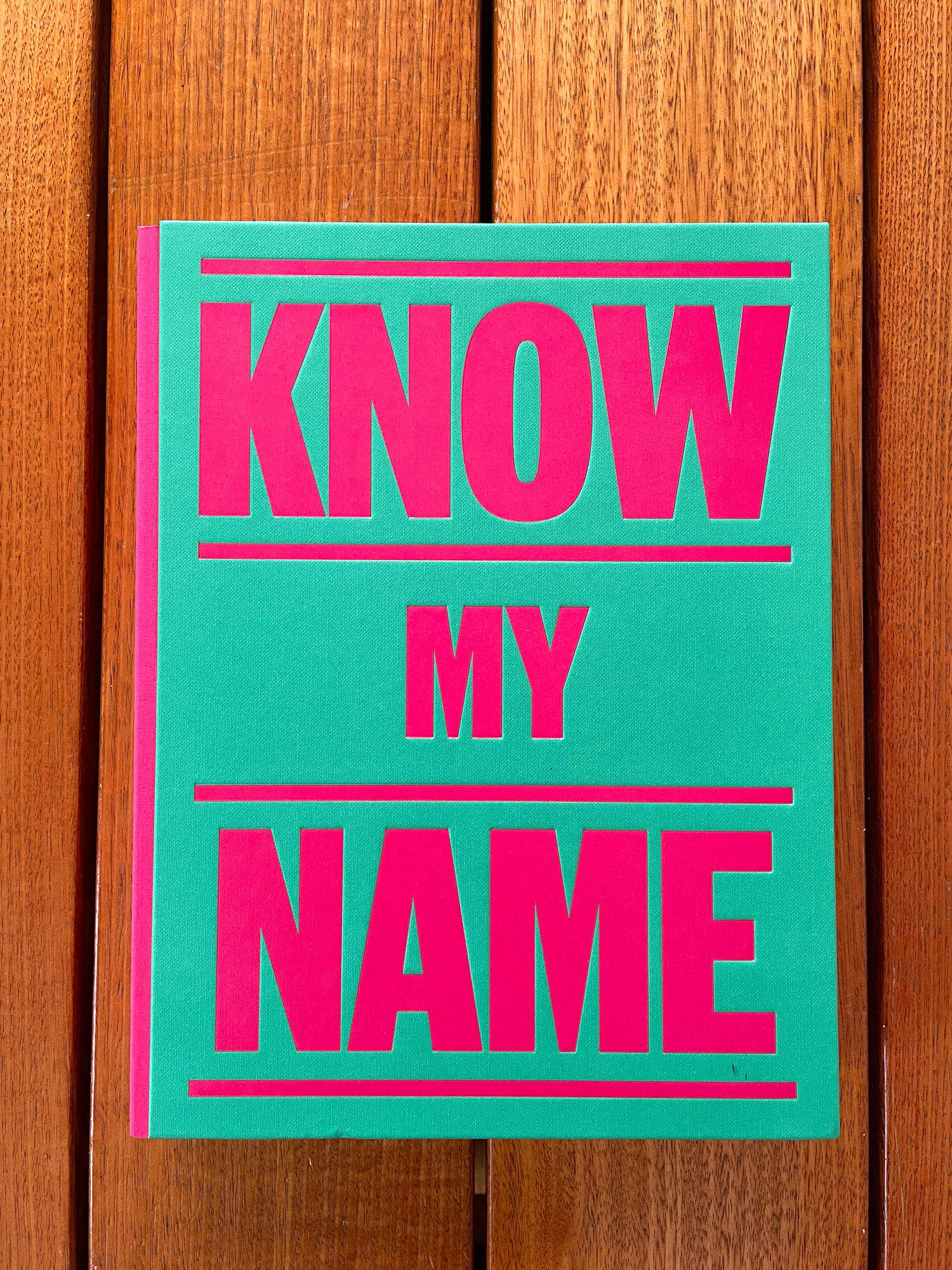 We are very excited that Part Two of Know My Name: Australian Women Artists 1900 to Now has now opened at The National Gallery of Australia. We are delighted that works by both Angelina Pwerle and Pat Larter are included in this important exhibition. 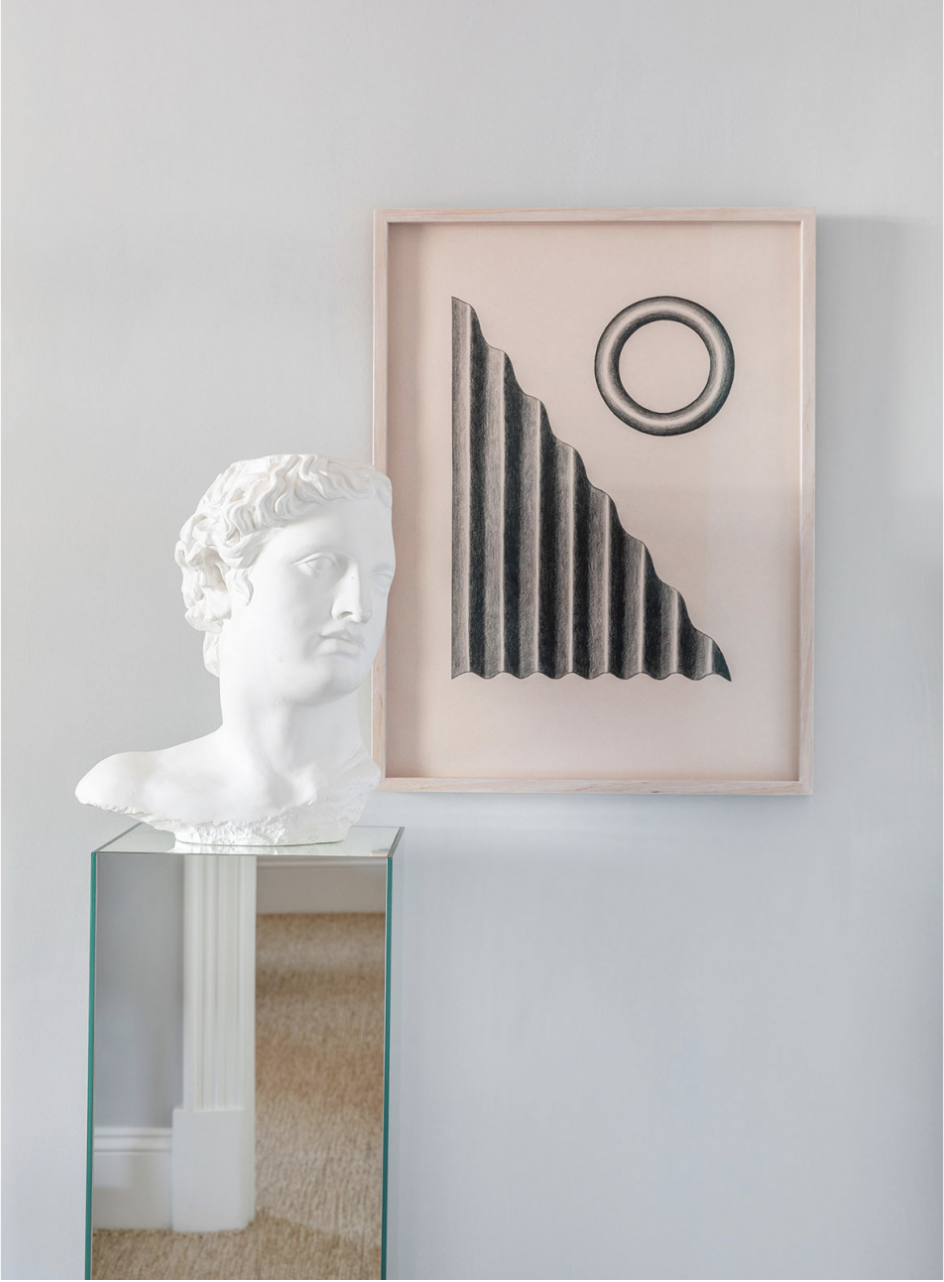 This pencil on paper from 2016 is part of his ongoing series titled ‘Rotations and Undulations’ and looks perfect in this well curated space. ⁠ 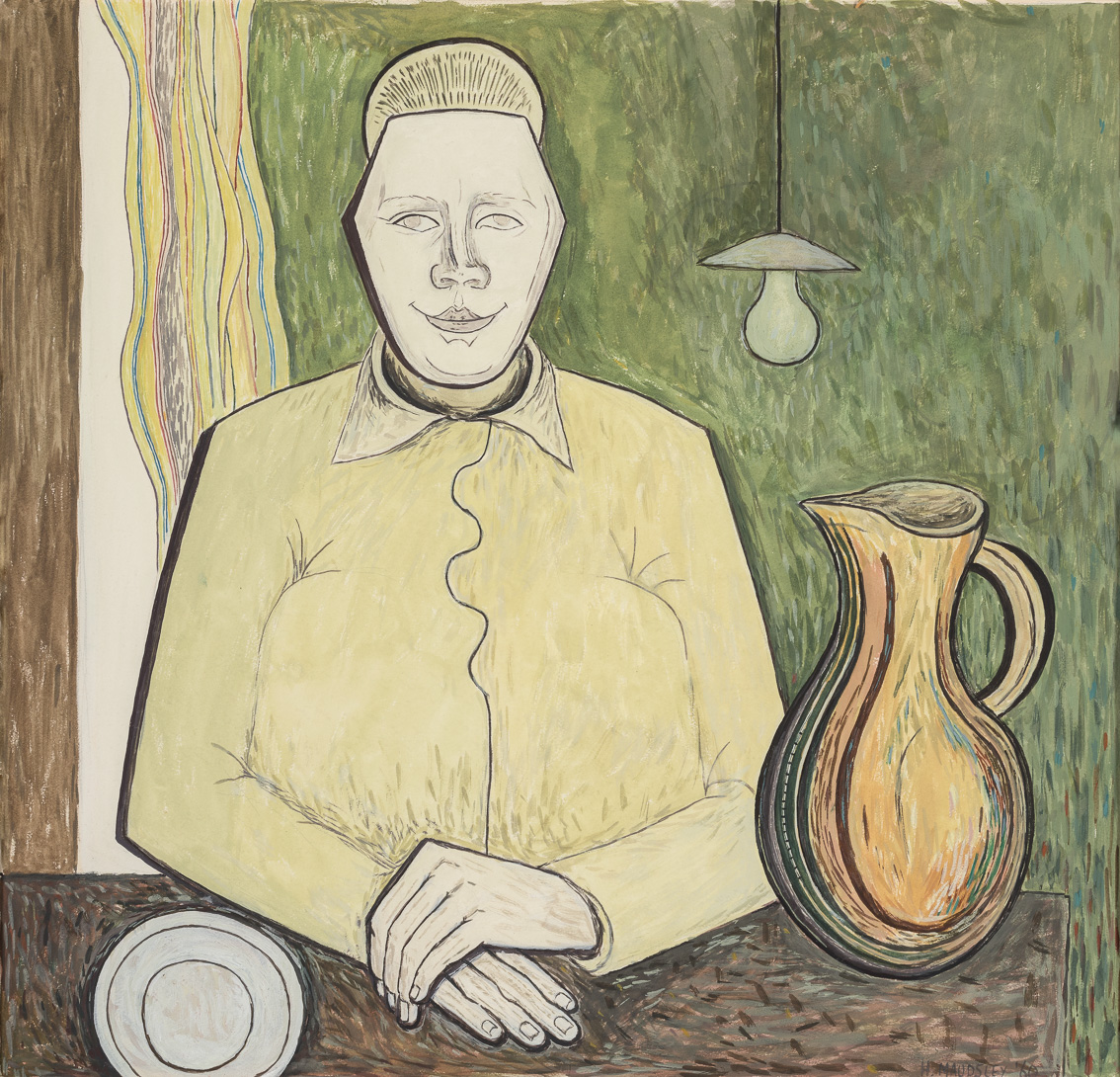 Several early works on paper by Helen Maudsley are now on display in the 20th & 21st century Australian art collection at the Art Gallery of NSW. 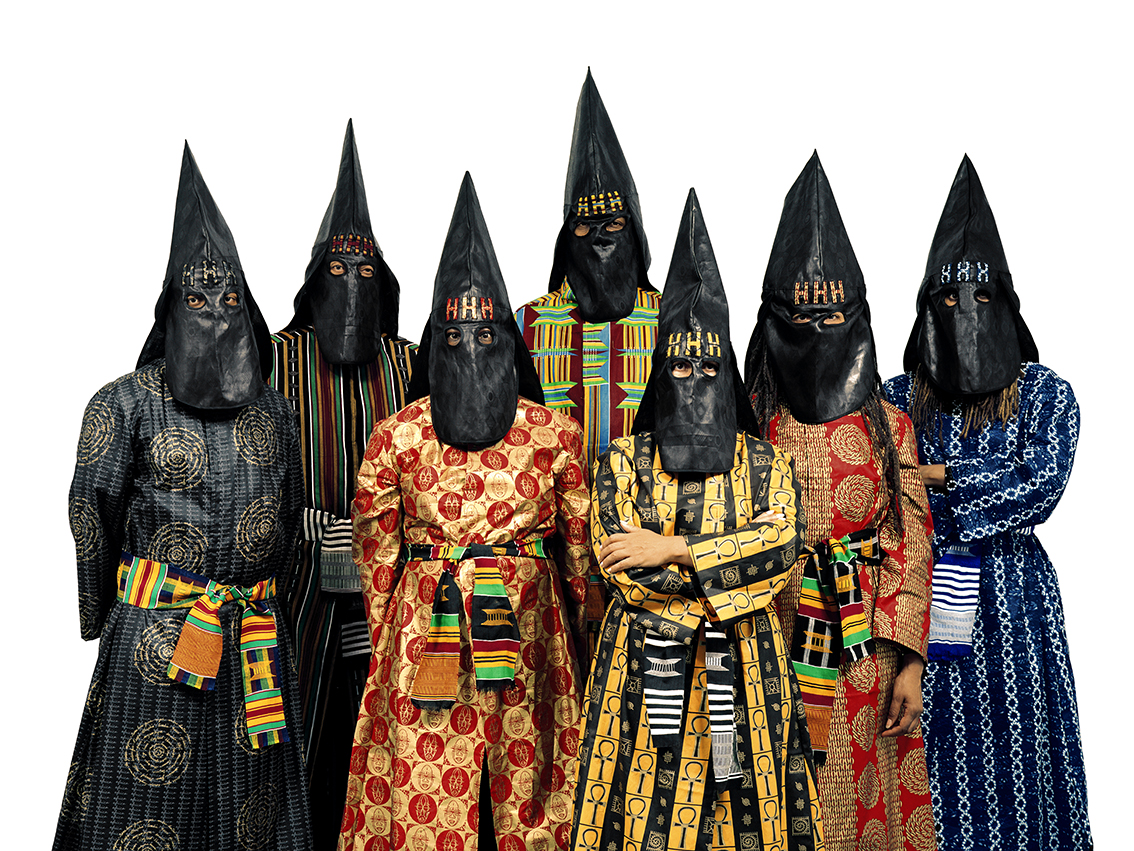 Veiled Paradise, a major retrospective of Fiona Foley’s work, which features work from 35 years of the artist’s practice, is now on at QUT Art Museum, Brisbane. 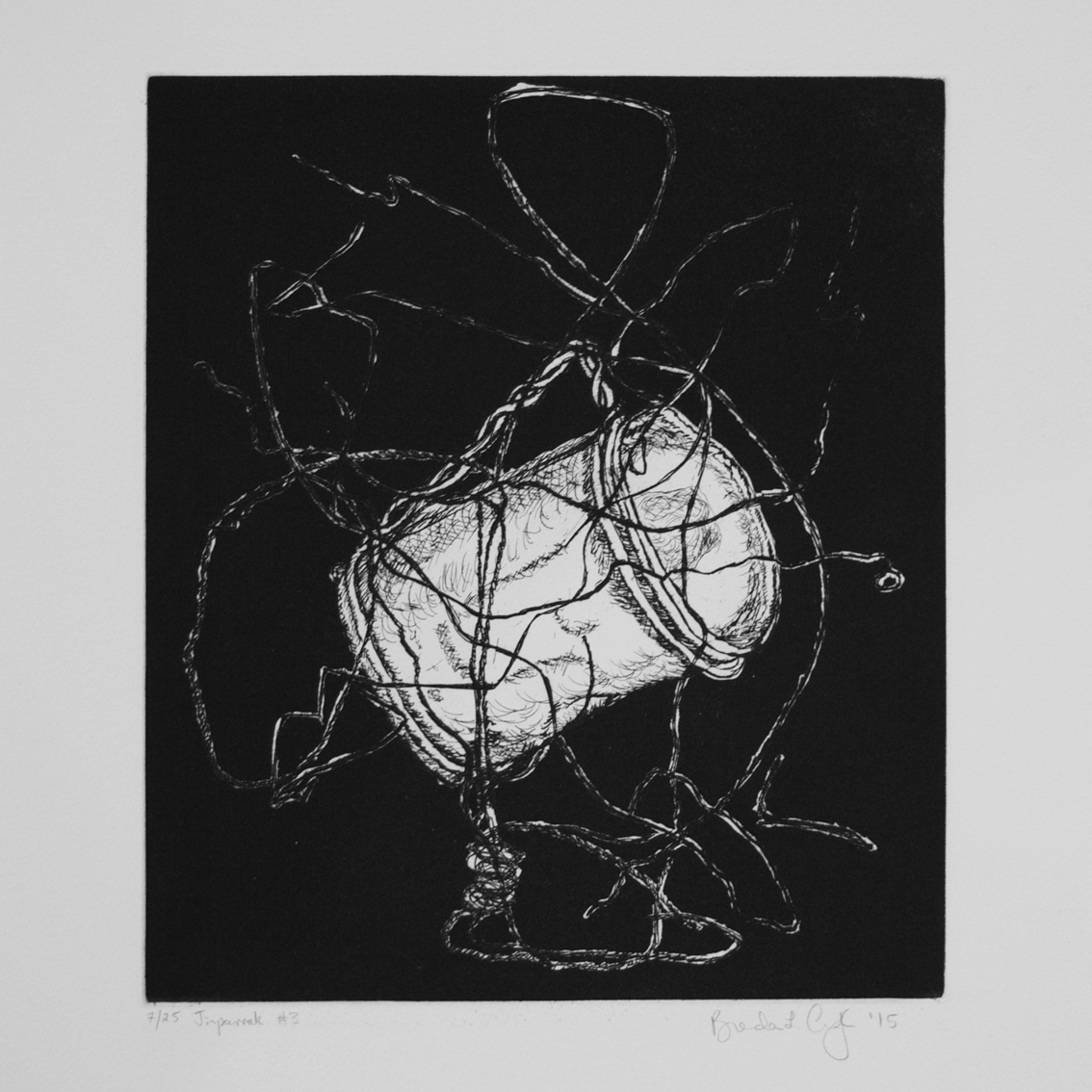 Brenda L. Croft‘s 2015 series Jinparrak is included in the exhibition Longing for Home at the Art Gallery of NSW, until 22 August. The exhibition includes work by six Aboriginal artists who explore the ideas of history, place and the incomprehensible connection we have to the land where we come from or belong to.⁠⁠
⁠⁠
About the series: Jinparrak is the Gurindji name for Old Wave Hill Station, from where the Gurindji and associated peoples, including Malngin, Mudpurra, Ngarinman, Bilinara and Warlpiri peoples, walked off the station on 23 August 1966 in protest at working and living conditions which saw them ‘treated like dogs’.⁠⁠
⁠⁠
Represented in the series are objects collected by the artist Brenda L. Croft during her practice-led research in the region. The objects include: rusted old horseshoes, strands of fencing wire with their ‘Cobb & Co’ twists, and the solitary drinking mug constructed from a discarded food tin and twisted wire, hand-rendered by an unknown stockman. ⁠⁠ 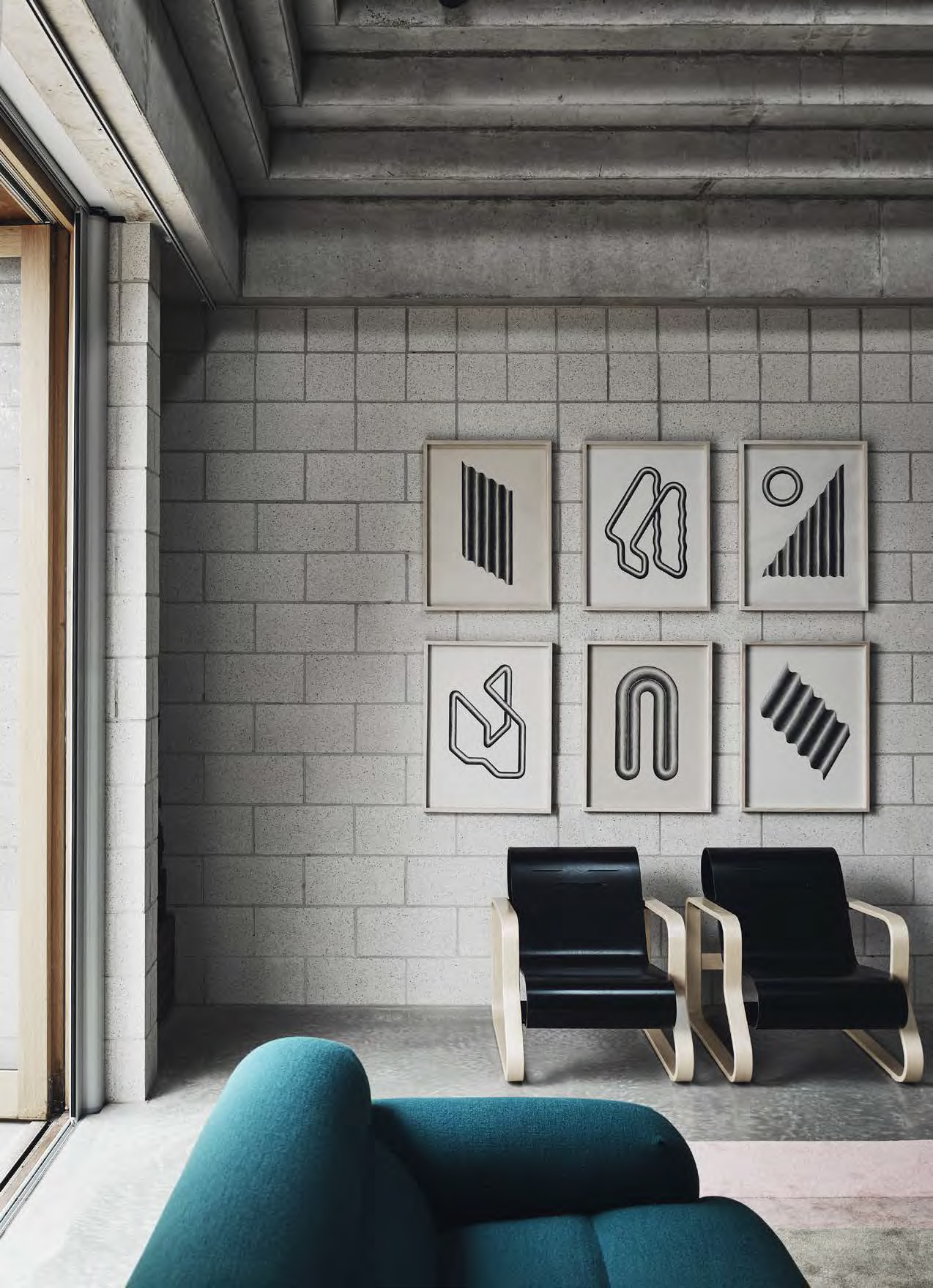 Sean Meilak’s work Rotations and Undulations, features in the Architect EATS Bellow House, as seen in the latest Belle Magazine. This Architect EATS design was shortlisted for the 2021 Houses Awards New House Over 200sqm category.⁠
⁠ 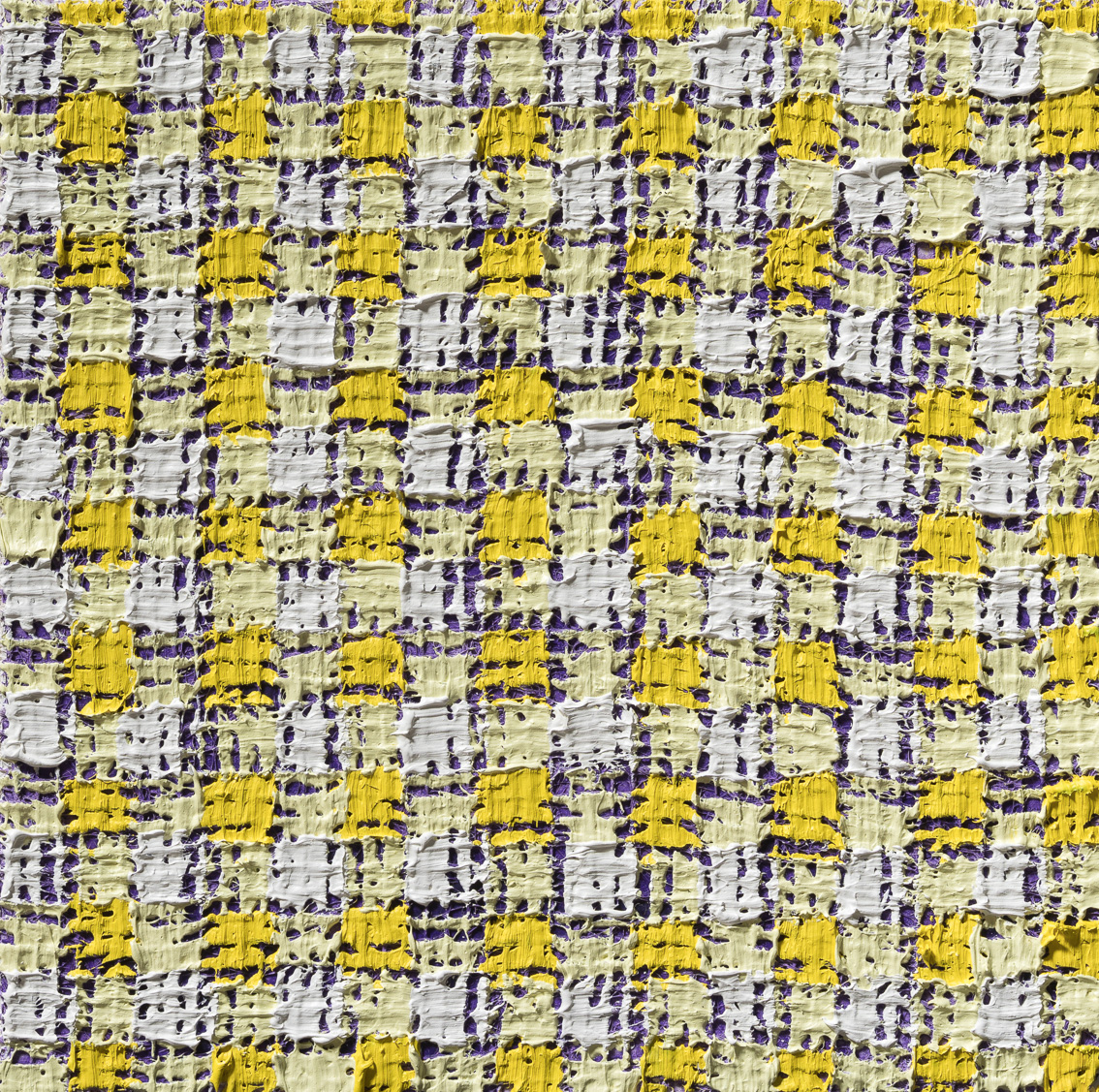 Congratulations Michelle Grabner on being awarded a 2021 Fine Arts Guggenheim Fellowship. The prestigious fellowships are awarded through a rigorous selection process to individuals who have demonstrated exceptional ability in the creative arts. ⁠Read more about Guggenheim Fellowships here.
⁠⁠
Born in Oshkosh, Wisconsin in 1962, Grabner completed a Bachelor of Fine Arts in 1984, a Master of Arts at the University of Wisconsin in 1987, and a Master of Fine Arts at the Northwestern University, Illinois, in 1990. An Associate Professor of Art at the University of Wisconsin-Madison and Assistant Professor at The School of the Art Institute of Chicago, in addition to her art practice, Grabner is also an active curator, having curated the 2016 Portland Biennial and co-curated the 2014 Whitney Biennial. She continues to run The Suburban and The Poor Farm art centres and lives and works in Chicago. 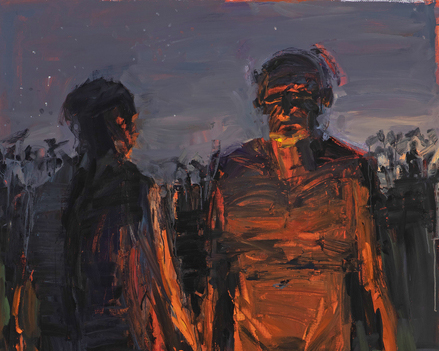 A collaborative exhibition of paintings by Euan Macleod and photographs by Andrew Merry is currently on at Bathurst Regional Gallery. The exhibition, titled Stirring the Ash is accompanied by a text written by New Zealand based poet Gregory O’Brien and explores fire as both a destructive and creative force in the Australian landscape.