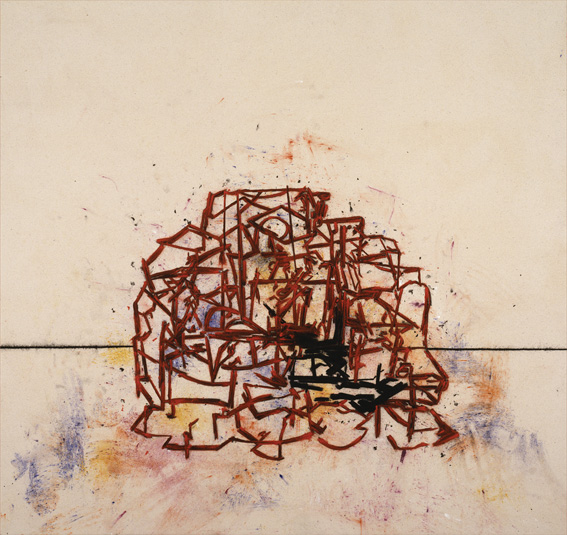 “Since the mid-1990s Bevan has taken increasing advantage of his recognition factor to push his art to abstraction, investigating the lengths to which he can subject his representations of heads to brutal deformation or extreme simplification while at all time maintaining the legibility of the image and the viewer’s emotive and visceral identification with it.” (M. Livingstone, in M. Hue-Williams, Tony Bevan, London, 1998)

Predominantly concerned with depictions of the human figure, including incisive self portraits, as well as trees and architectural structures, Tony Bevan’s impressively scaled, raw paintings emphasise an interior world. Heavy brushstrokes of acrylic and pigments the artist mixes himself, are combined with charcoal on canvas. Bevan often leaves areas of the canvas untreated, emphasising the tactile nature of the surface. 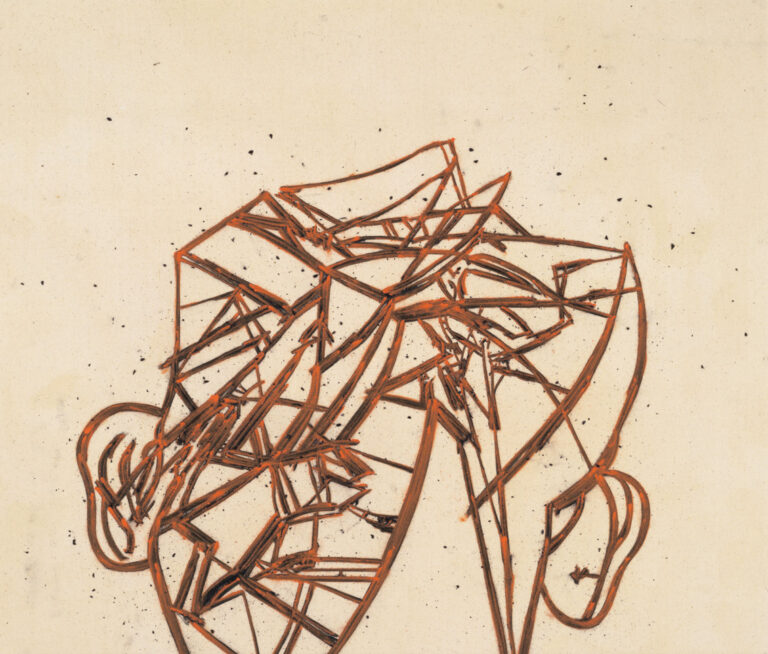