“I see the role of my art as narrating a story – often using traditional Chinese practice and thought and presenting these stories in a contemporary way” Liu Zhuoquan, Beijing, 2014

Best known for his installations of glass vessels, Beijing-based artist Liu Zhuoquan adapts the ancient nei hua (inside bottle painting) technique to comment on aspects of life in China today. Liu Zhuoquan’s practice includes both large and intimately scaled installations of painted glass vessels, oil painting, photography and video. The artist has described his studio as a scientific laboratory, referring not only to the visual similarity of his work to specimen jars and displays one might find in an anatomical museum, but also to the experimental nature of his work.

Liu Zhuoquan’s work has been exhibited throughout China, as well as in France and Australia. His work is included in a number of significant international collections including Uli Sigg Collection, Switzerland and Hong Kong; White Rabbit, Sydney; Ten Cubed, Melbourne; and Today Art Museum, Beijing. He currently lives and works in Beijing, China. 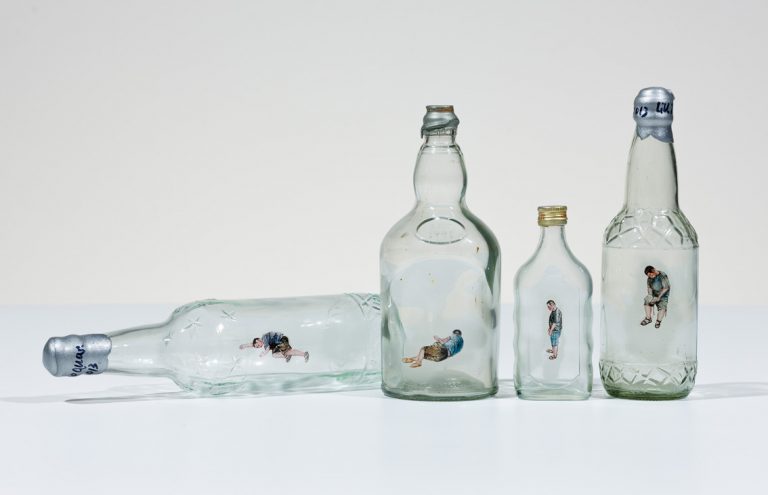