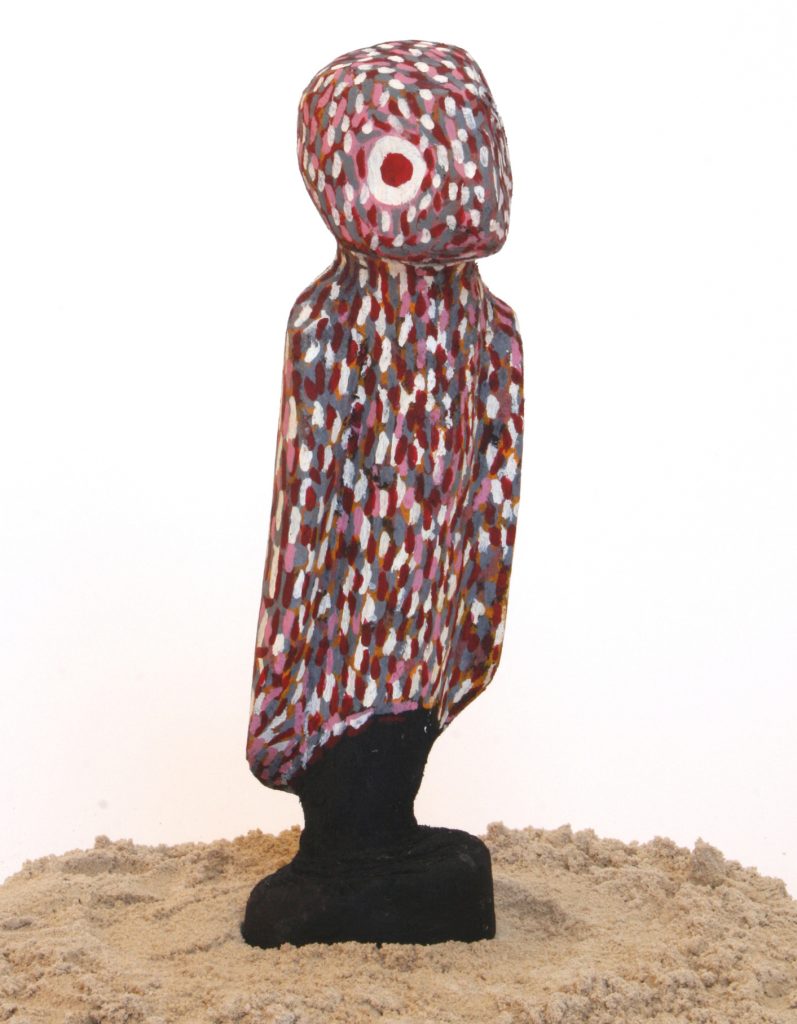 Harry Dixon Mptyane’s beautifully painted figurative sculptures of people, birds and animals display the artist’s keen sense of observation and are both touching and characterful. Harry Dixon Mptyane’s country is Ahalpere and his figures are often painted with the designs typical of the ceremonies and celebrations performed in relation to Wild Possum and Bush Plum dreamings.

Harry Dixon Mptyane was born c.1965 at Utopia Homestead, which lies on a traditional boundary of the Alyawarra and Anmatyarre people, an area best known as the home of the late artist Emily Kame Kngwarreye. Dixon began to create dynamic sculptures upon his return to Camel Camp in 2005, where he currently lives and works. Harry Dixon Mptyane’s first exhibition was held at Niagara Galleries in 2006. 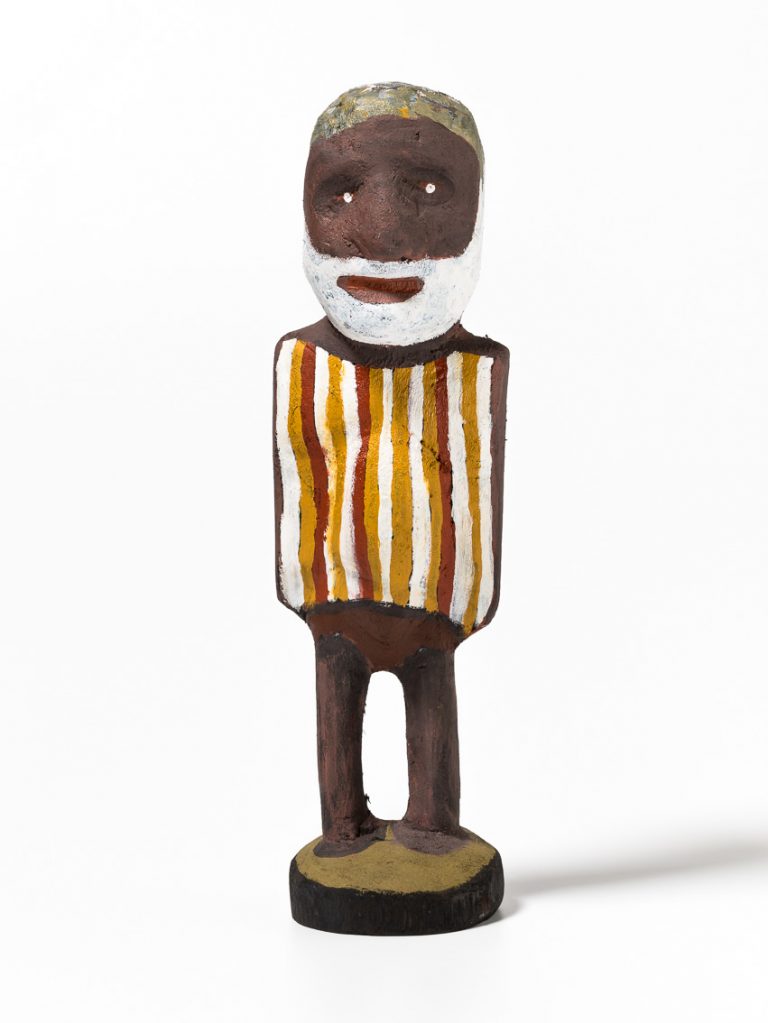 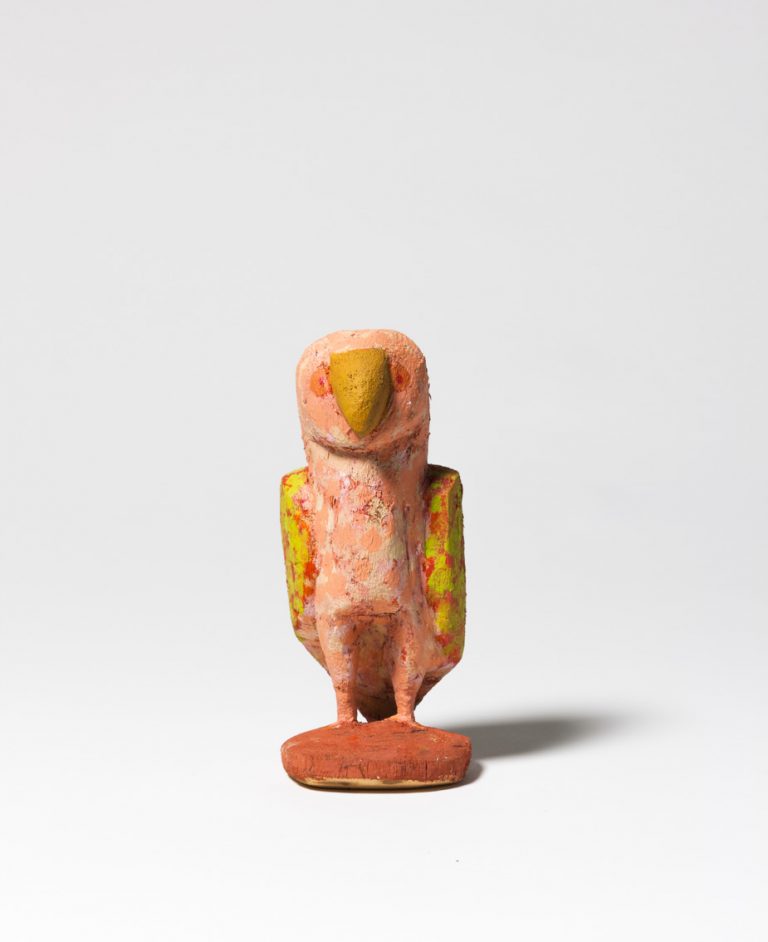