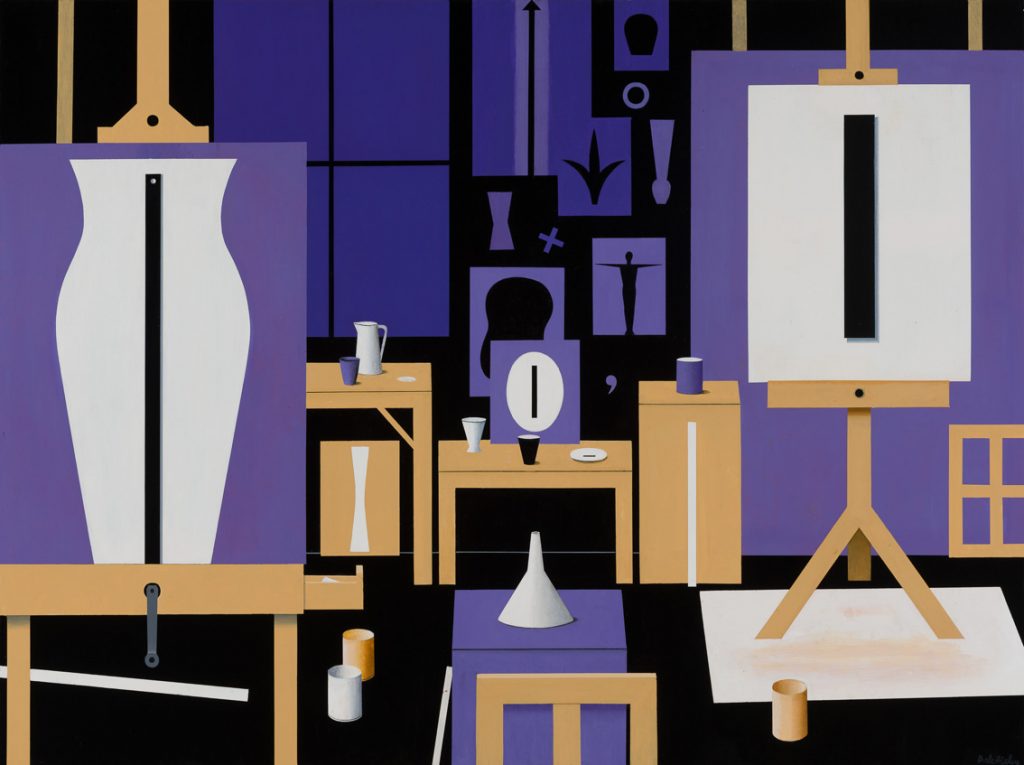 Hickey was born in Melbourne in 1937. He studied design and illustration at Swinburne Technical College, Melbourne, graduating in 1957. Since his first solo exhibition at Toorak Galleries, Melbourne, in 1964, Hickey has exhibited regularly and his work is now included in most major Australian collections. In 1968, his work was included the inaugural exhibition at the National Gallery of Victoria’s Southbank site, The Field, which showcased Australian paintings, sculpture and conceptual works. A large-scale retrospective of his work was held at Ballarat Fine Art Gallery in 1988. More recently, in 2008, The Ian Potter Museum of Art, University of Melbourne presented Dale Hickey: Life in a Box, which brought together 36 key works from the artist’s 40 year career. 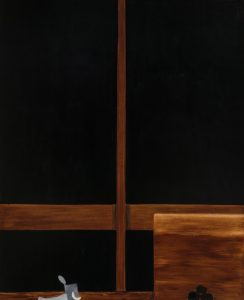