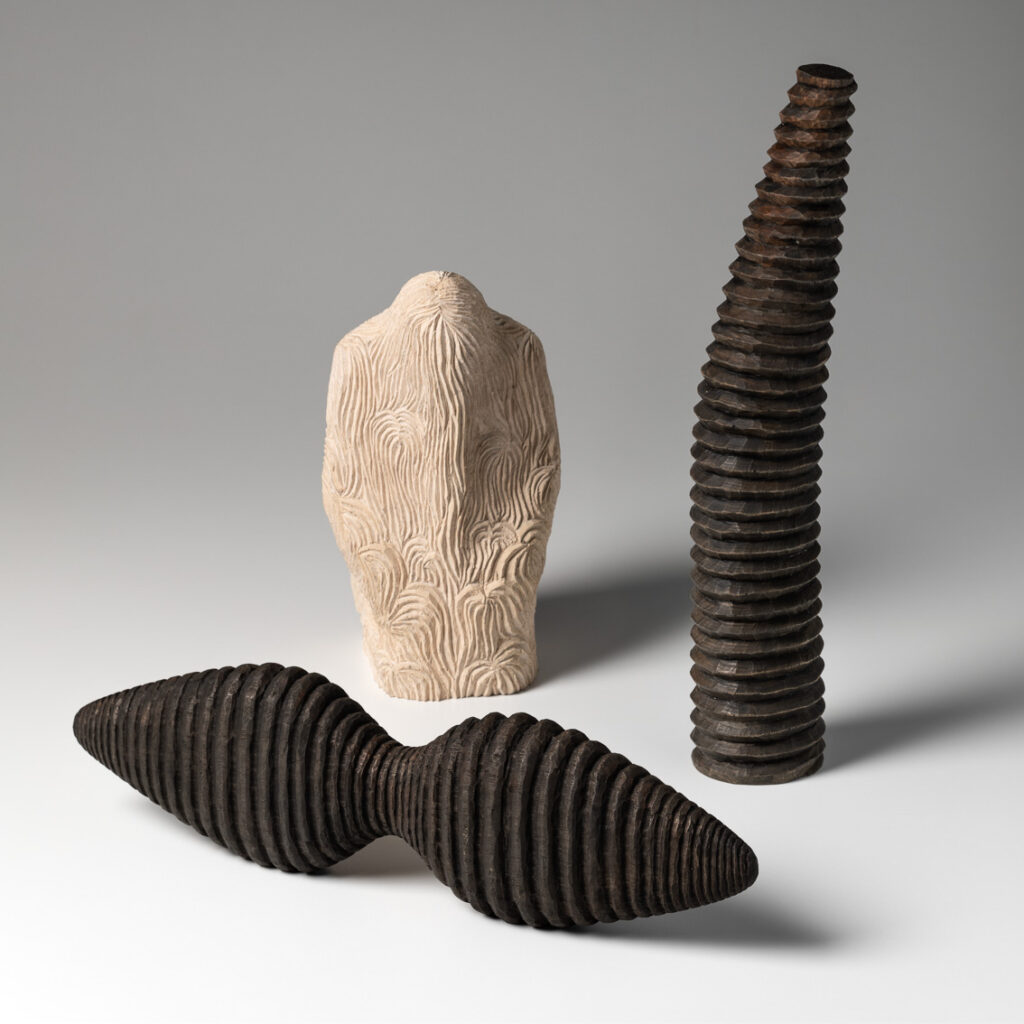 “Throughout each vein in his work, there sounds the tone of a sculptor unafraid to be personal and to allow feeling to inform his objects. Quite an achievement.” Patrick McCaughey, former Director, National Gallery of Victoria

Robert Bridgewater’s carved and incised wooden sculptures can be monumental, or delicate in scale; requiring from the artist brute force and strength, but also patience and care. Whether timber, or bronze, the surfaces of Bridgewater’s sculptures proudly display the methodical marks of the artist’s hand, retaining their link to the labour of production and more broadly to historical traditions of object making. He transforms patterns from a wide range of cultural sources into repeated motifs, affording his work an archetypal quality, one that is immediately engaging.

Robert Bridgewater has completed a series of commissions, including works for The Westin, Perth (2018); Banksia Apartments, New Quay (2018); and Park Hyatt, Sydney (2014). His work is held in a number of public and private collections including Monash University Art Collection, Melbourne; Artbank, Sydney; and Victoria University, Melbourne. Robert Bridgewater currently lives and works in Melbourne. 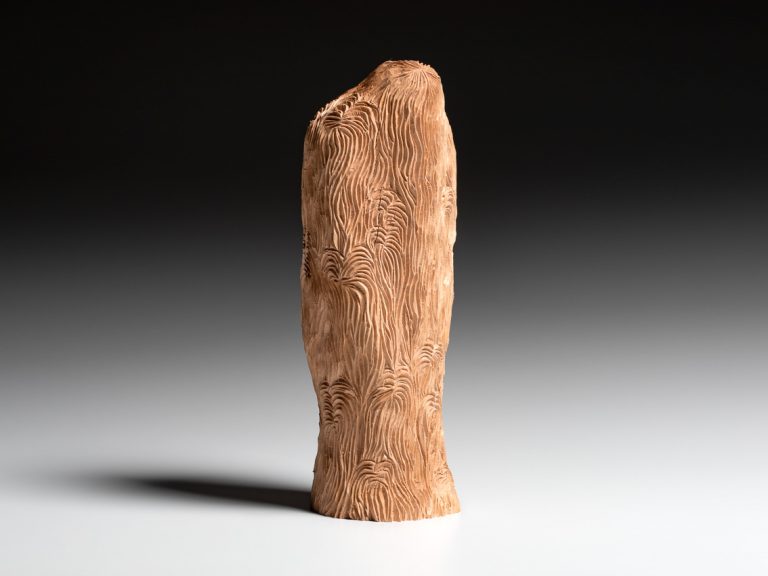 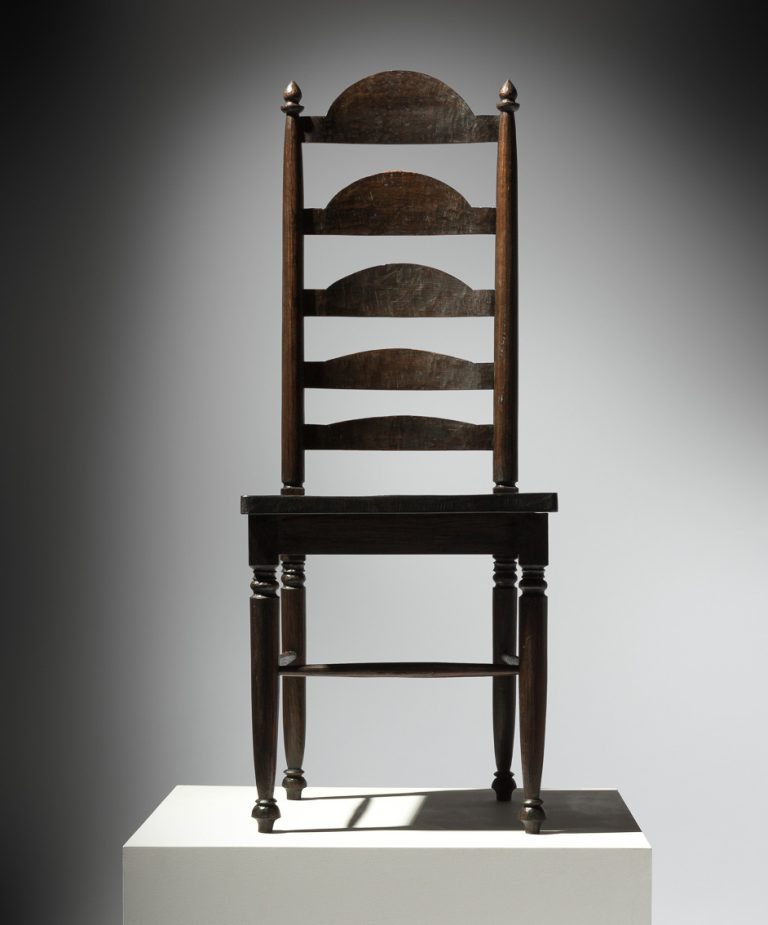 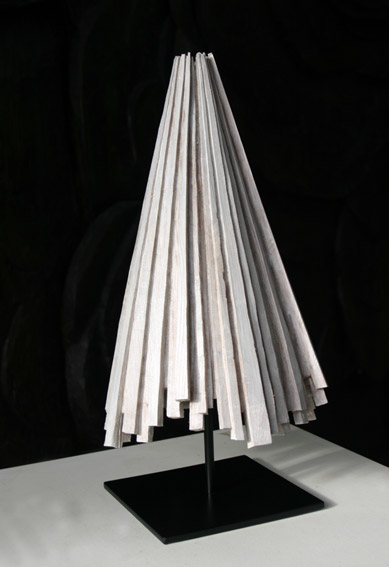 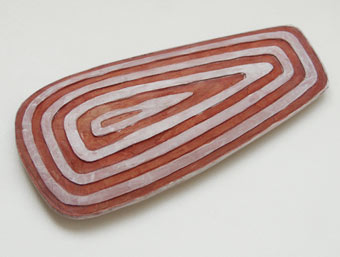