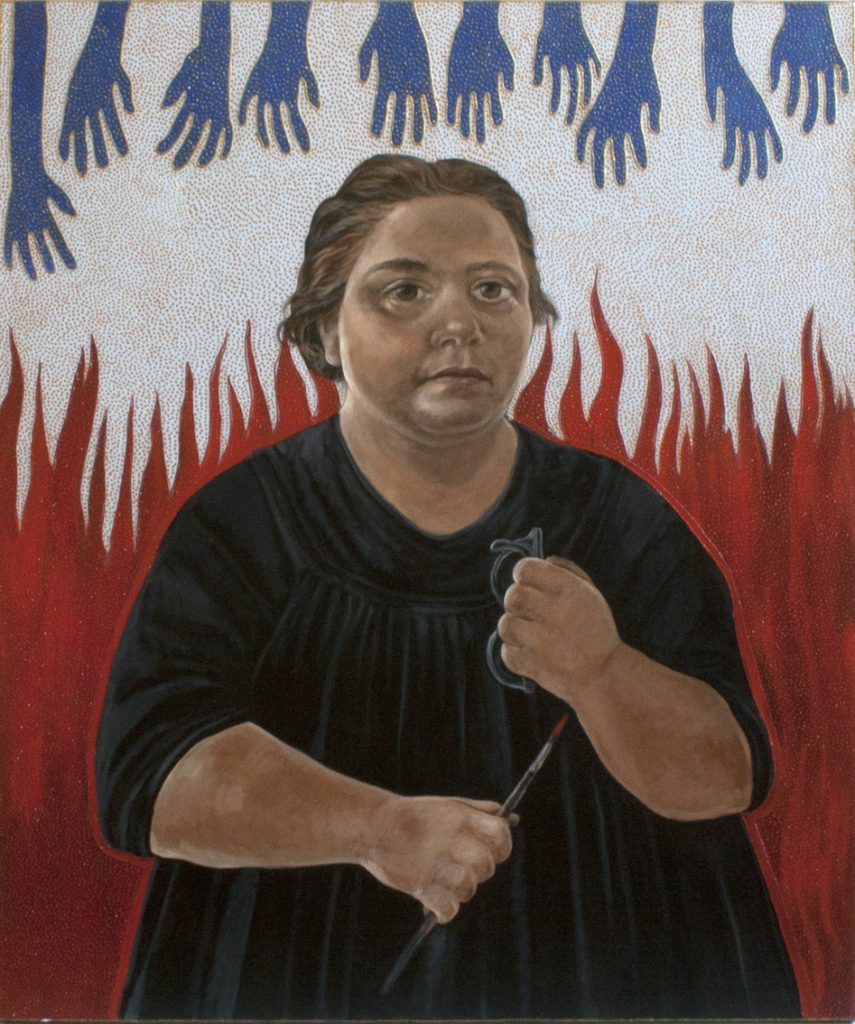 “I like to explore the borders of taste and conformity. However, I definitely know that I use such colours to enact my own decolonisation process. I celebrate my identity as a First Nations’ artist, while being conscious of the profound impact that mass global culture has had upon my community and my family” Julie Dowling, Colour power: Aboriginal art post 1984, National Gallery of Victoria, Melbourne, 2004

Highly regarded Badimaya First Nation artist and activist Julie Dowling’s work is both personal and political. Drawing on a diverse range of artistic traditions, including Flemish and Renaissance portraiture, Orthodox Roman Catholic and Russian icons, Badimaya First Nation iconography and mural painting, Dowling’s poignant portraits bear witness to the past, both her family’s and more broadly.

Julie Dowling’s powerful work is represented in every major public institution collection in Australia. Born in Subiaco, Western Australia, Julie Dowling grew up in both semi-rural and urban areas with her large extended family. She has a Diploma of Fine Art (Claremont School of Art, 1989), a Bachelor of Fine Arts (Curtin University, 1992), an Associate Diploma in Visual Arts Management (Perth Metropolitan TAFE, 1995) and an Honorary Doctorate in Literature (Honoris Causa, Murdoch University, 2002). She is the recipient of a number of grants and awards, as well as several Australia Council grants and fellowships. 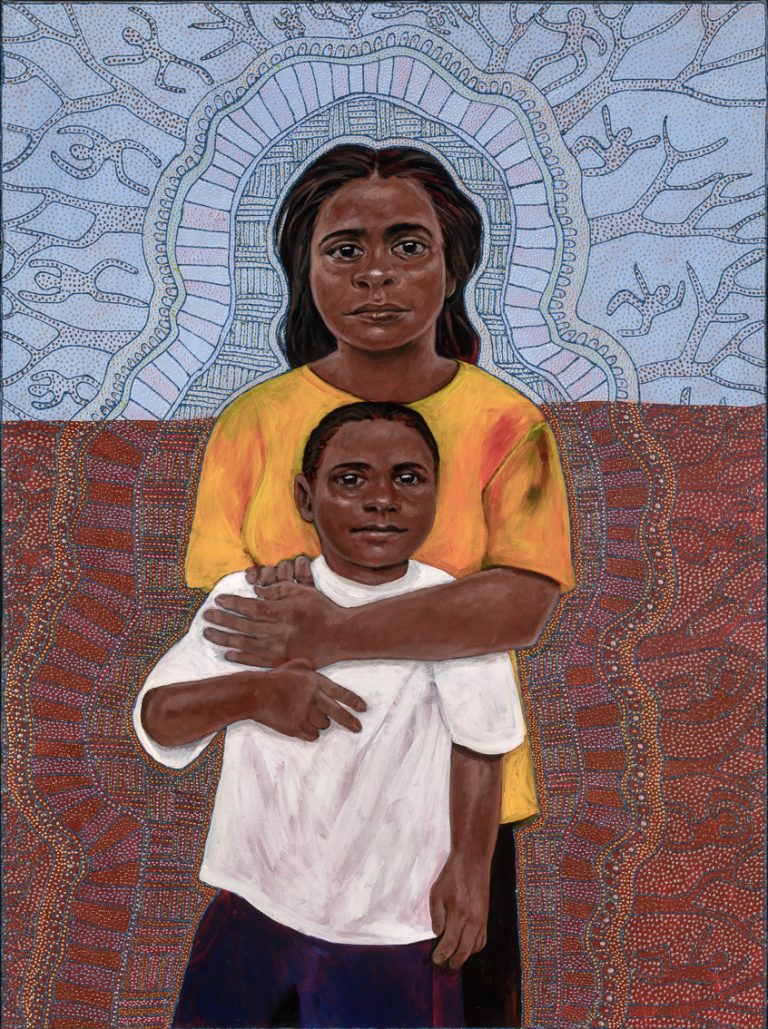 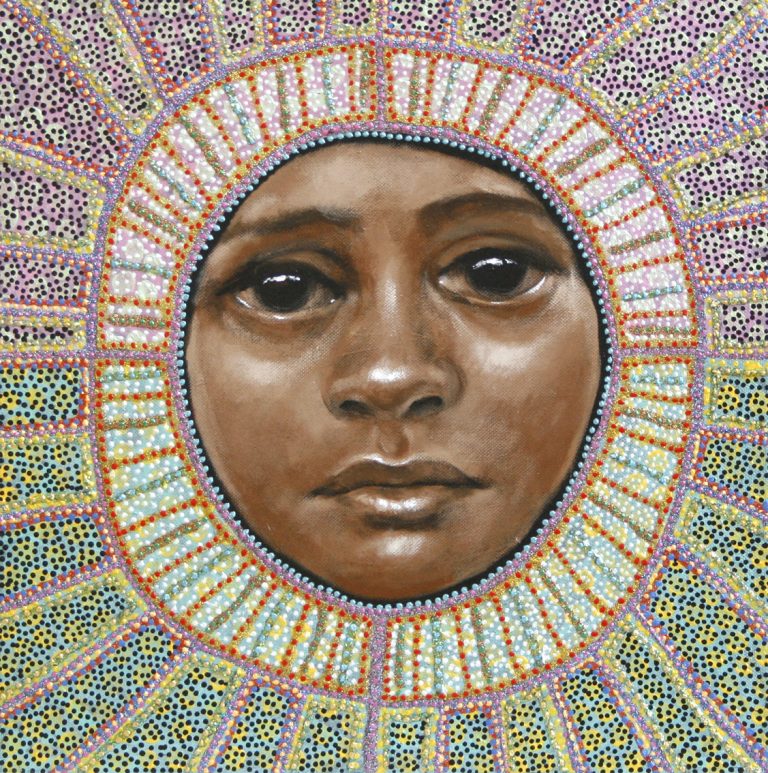