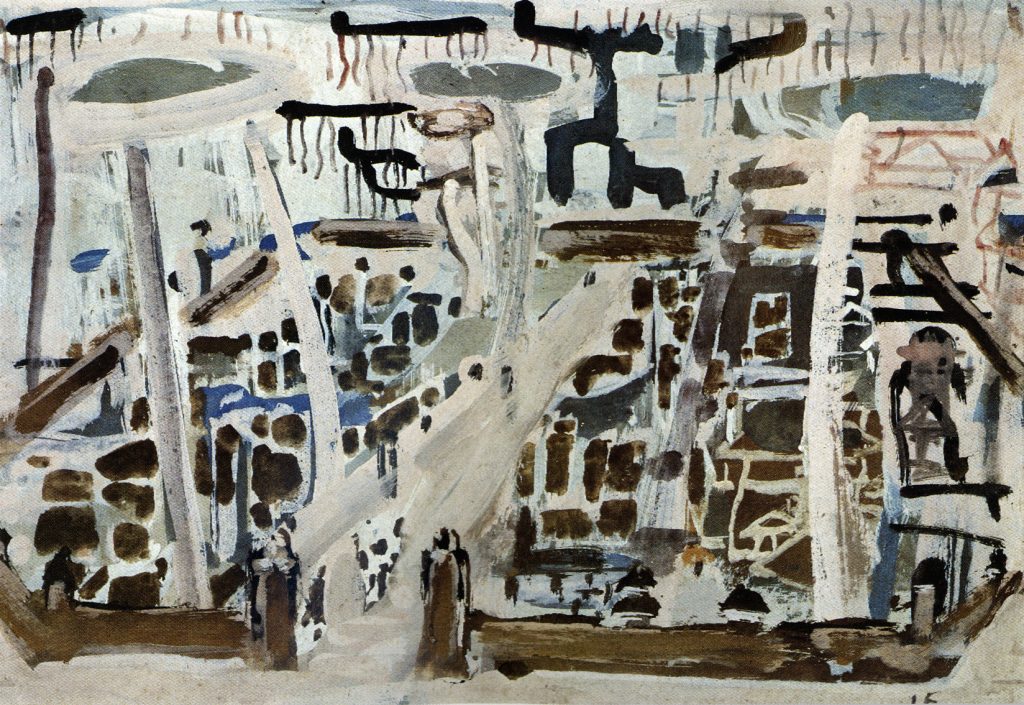 Leading an itinerant existence throughout Asia for much of his life, Fairweather, was born in Scotland. He completed his formal studies at The Hague Academy, Amsterdam and the Slade School of Art, London, but a far greater influence on his work was his observations of Chinese calligraphy. He eventually settled on Bribie Island, near Brisbane, in 1953 at the age of 63, leading an ascetic and reclusive life in conditions his infrequent visitors found appalling.

Despite no running water or electricity, Fairweather continued to produce powerful paintings and drawings of extreme beauty and profound sensitivity. Along with Tuckson, he was also one of the first to embrace indigenous culture into his art, and stands with Williams, Brack and Nolan as one of the greatest artists of the era.