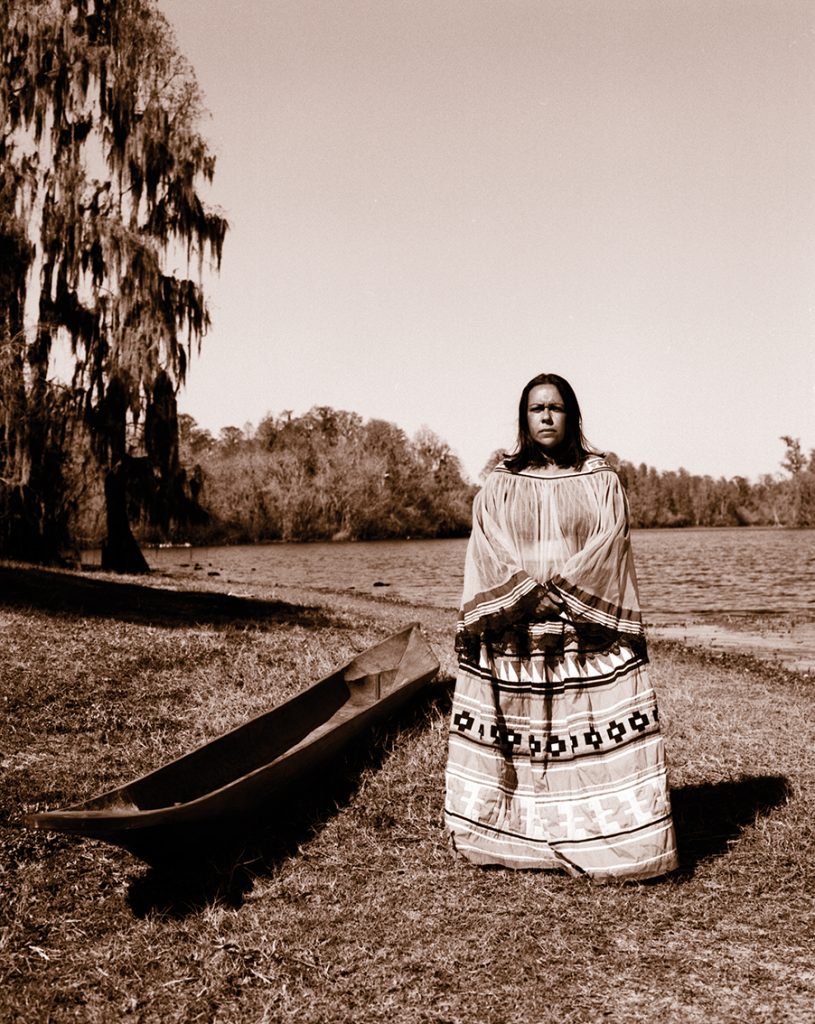 Fiona Foley was born in Maryborough, Queensland in 1964.

She completed a Certificate of Arts at the East Sydney Technical College in 1983, during which she was a visiting student to St Martins School of Art, London. From 1984 to 1986 she undertook a Bachelor of Visual Arts at Sydney College of the Arts, and in 1987 she completed a Diploma of Education at the Sydney Institute of Education, Sydney University.

Throughout her career Fiona has taken an active role promoting indigenous identity and was co-founder of the Boomali Aboriginal Artists Co-operative, Sydney in 1987. In 2003, she was appointed Adjunct Professor at Queensland College of Art, Griffith University. In 2004, Foley completed an International Studio and Curatorial Program residency in New York, and has since also been resident artist at the University of Wollongong (2006), Sydney College of the Arts (2006) and Redgate Gallery, Beijing (2010). In 2010, Foley created a new body of work for the 17th Biennale of Sydney.

Foley continues to work on projects, including sculptural commissions and installations, in Australia and overseas.